Bleach is an effective and powerful disinfectant that can be used for a wide variety of reasons. It’s widely used in households and offices, but there isn’t just one type of bleach you can use.

Getting to know the fundamental differences between them will help you in choosing which one works best for you. 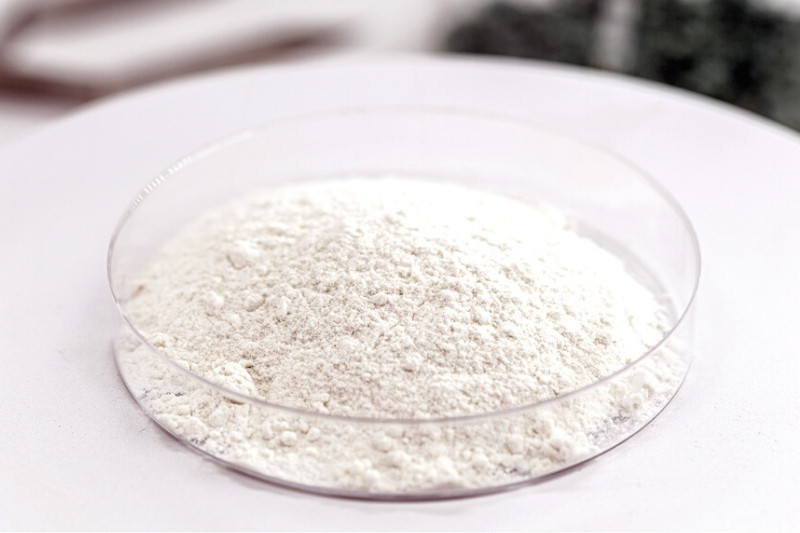 Bleach is not only used for laundry; it is also highly potent as a disinfectant used to clean objects and surfaces. Chlorine bleach, often referred to as just bleach, does not go well with all fabrics.

Both chlorine and oxygen bleach are nearly equally effective but due to the factors mentioned above, oxygen bleach is often more versatile.

The principal difference between chlorine and oxygen bleach is the different active agents that can be found between the both of them.

The main component of oxygen bleach is sodium percarbonate, a compound of hydrogen peroxide and natural soda crystals. Based on this composition, oxygen bleaches are commonly used to remove stains from clothes without affecting their colour.

As they are colour-safe, eco-friendly and readily available commercially, oxygen bleach is widely found in detergents and other cleaning agents.

It is powdered and present in a much more concentrated form than chlorine bleach, and only requires water for its activation. Oxygen bleach is also very stable and can be stored for a long time with no concerns. It also upholds its strength while stored. 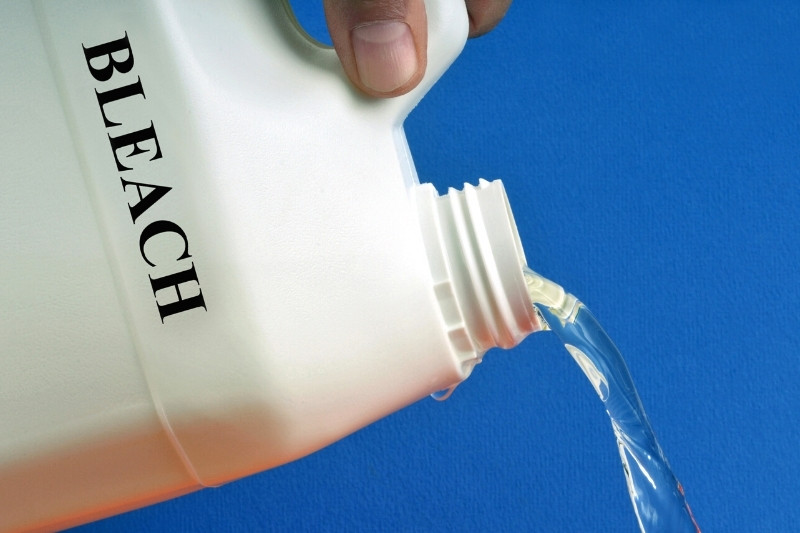 Chlorine bleach refers to any general chlorine-containing bleach that has sodium hypochlorite as the active agent.

As chlorine is a potent oxidiser, it mixes with water while washing is one of the most powerful cleaning agents.

However, if you use it on fabric, it may remove the colour. For this reason, it’s best to only use it for white clothes.

Manufacturers typically dilute chlorine bleach with water to a five percent concentration. This process is done by heating sodium hydroxide, also called lye, or calcium hydroxide (quicklime) and allowing chlorine gas to bubble up. Water is then added to the required concentration.

Chlorine bleach is toxic for aquatic wildlife and should not be released straight into surface water. It is also critical not to mix chlorine bleach with other cleaners as it will release deadly chlorine gas.

Chlorine bleach is often used for disinfecting and sanitising in both domestic and industrial settings due to its antibacterial properties.

Which Bleach Is More Effective? 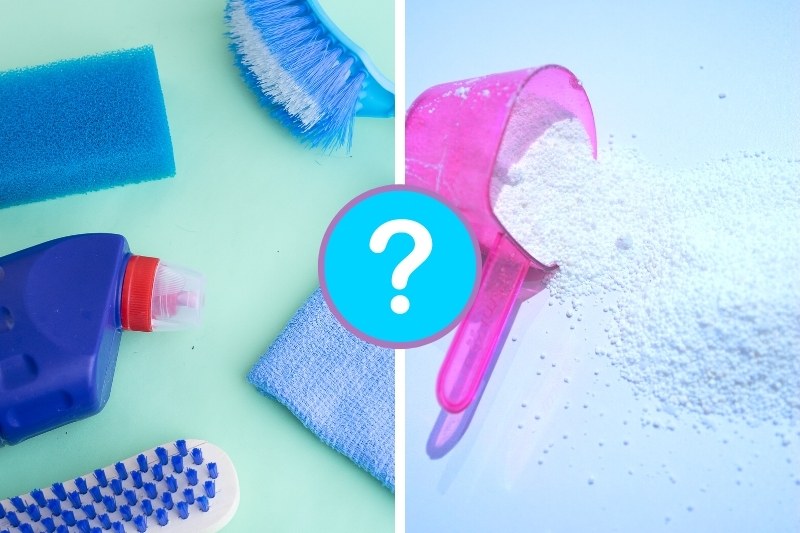 Both chlorine and oxygen bleach work in a very similar same way.

Any stains or dirt particles are broken from the surface of the fabric as the bleach oxidises the stains and microbes.

Both chlorine and oxygen bleach possess anti-microbial properties and are great for both laundry and sanitising surfaces.

As a commercial product, chlorine bleach is sold in a liquid state, whereas oxygen bleach is powdered.

When chlorine bleach is added to your laundry, the chemical reaction results in the formation of chlorine gas. This process is why most fabrics deteriorate in quality, and their colour fades. On the other hand, when oxygen bleach is dissolved in water, and it produces bubbles of oxygen gas.

So, is one type of bleach more effective than the other?

When it comes to cleaning, chlorine bleach surpasses oxygen bleach in overall efficiency. However, oxygen bleach is safer and doesn’t have an unpleasant odour.

How Does Bleach Work? 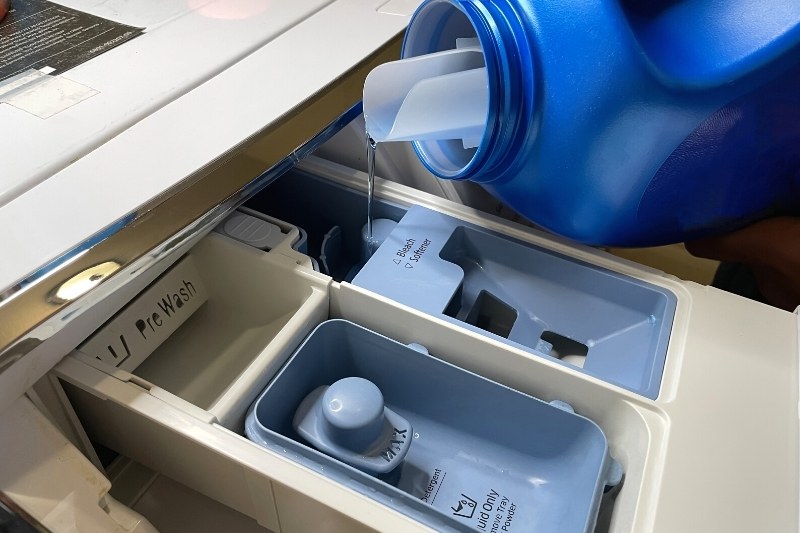 Before using bleach, it is essential that you understand how it works. This knowledge goes a long way in choosing and using the appropriate type for your needs.

While the bleaching process to kill germs is pretty commonly known, it is valuable to understand how the colour of your fabric fades.

Bleach breaks up chromophores, which are chemical compounds responsible for causing colours. Chromophores reflect light from the corresponding portion of the light’s visible spectrum, enabling our eyes to perceive that particular shade.

One of the main functions of bleach is oxidation. This phenomenon is the releasing of oxygen molecules, which then break up the chemical bonds of chromophores.

When the chromophore molecules have broken down into smaller segments, they either are no longer able to reflect the colour or reflect shades outside the visible spectrum.

Our eyes are thus not able to look into a particular colour, and we perceive the colour to have faded or turned white.

Can bleach cause irritation?

It is extremely important that you handle all types of bleach with care.

Many people can face irritation on the eyes, skin, nose and throat. Wear household rubber gloves to avoid contact with your skin and keep the room well ventilated. Use fans or open windows and doors.

Which bleach should I choose for disinfecting?

Chlorine can easily kill bacteria, viruses and fungi, and is widely used as a disinfectant. Going for chlorine bleach is a much more sensible option as oxygen bleach does not disinfect as effectively as liquid bleach.

Store bleach in a cool and dry place as the presence of sunlight will render chlorine bleach inactive. Close the cap tightly after use.

I’m a mother of three who loves going on fun adventures with my family. With three little ones, I’ve learned the hard way how to keep a busy home clean! I want to share my tips and tricks to make your life as easy as possible.