There are several potential reasons why the tablet may not be releasing in your dishwasher. Below is a list of these reasons, followed by a step-by-step guide to your best available solutions!

Causes of Dishwasher Tablets Not Releasing

1. A blockage of the tablet collecting tray

Sometimes if your dishwasher is a little on the full side or if you accidentally put a chunky pan in at the wrong angle, it’s possible that the handle could end up pressing against the collecting tray door.

This will mean that the tray will not be able to open properly during the cycle and the tablet will not fully dissolve, leaving your dishes dirty.

Always check how you’ve loaded the dishwasher and make sure that any bigger items will not shift or lean against the tablet collecting tray.

2. A failure in the catch mechanism

It is possible that the latch or spring that keeps the tablet dispenser door closed while you load and set the dishwasher is malfunctioning. This is the door that should be opening during the cycle to release the dishwasher tablet.

There are various online tutorials on how to replace the dispenser latch (or the spring) yourself at home, but if you still don’t feel confident then an engineer should be able to come in and give you a hand.

3. A buildup of soap 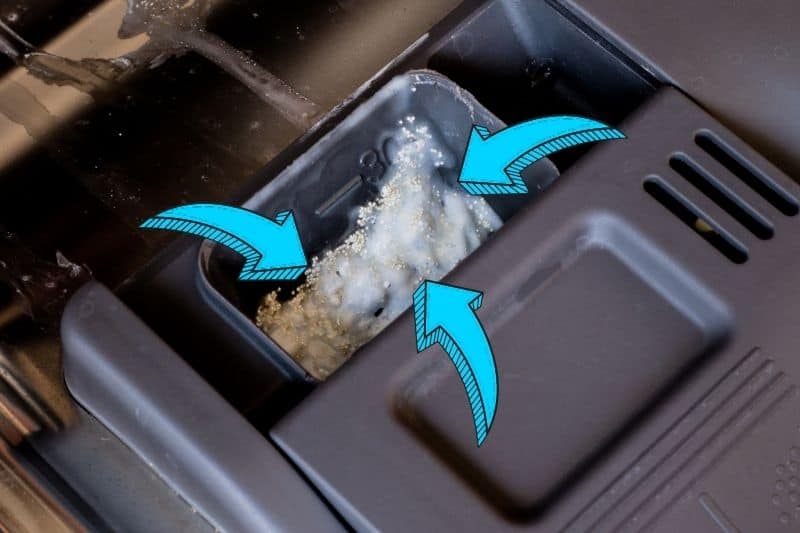 Many dishwashers have a feature that will spray water into the soap dispensing compartment to stop any soap from building up, but there are various models that either do not come with this feature or have the feature, but it doesn’t work properly.

This means that the leftover dregs from previous dishwasher tablets may dry out in between cycles and could cause a blockage in the tablet dispenser.

If you think this may be the reason that your dishwasher is acting up, try wetting a clean cloth with hot water and carefully cleaning out the tablet dispensing tray yourself, taking care to get into all the small spaces.

4. Damage to the tablet dispenser door

Another issue that can cause problems with the release of your dishwasher tablet is that the door to the tablet dispenser can become warped during a cycle. Some dishwasher brands, especially the non-name brand dishwashers, can have this issue quite often.

This problem is caused when the water during a cycle becomes too hot for the plastic of the dispenser door and causes it to begin to melt.

When this happens, it will be necessary to replace the tablet dispenser door, as it will never close fully again once the plastic has changed shape.

Again, there are tutorials online explaining the process of how to change the door yourself, or you could hire a repairman to do it for you. 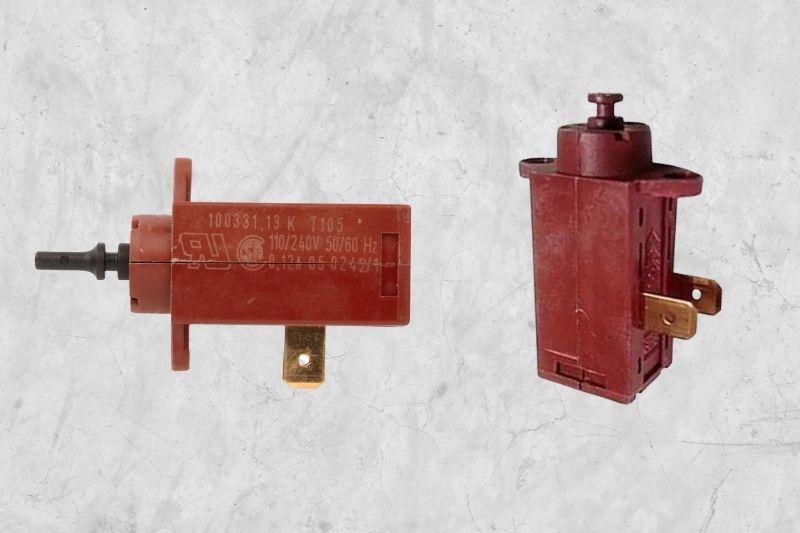 The wax motor in your dishwasher is designed to track the time that your cycle has been running and then trigger the opening of the soap dispenser door when the time is right.

If the wax motor has broken, your best option would be to replace it. As with the door and the spring/latch, if you want to try to fix it yourself you can find step-by-step guides online.

Alternatively, a professional will be able to come in a make quick work on the replacement.

What Are the Solutions?

1. Investigate the source of the issue

The first step in reaching a solution is to work out exactly which of the above issues is the one that is causing your dishwasher tablet not to release.

To do this, you should find the dispenser tray on your dishwasher and look closely to see if there is any warping, cracking, or visible damage. If you can see the latch or spring is damaged, then you will need to organise a replacement latch or spring.

If you can see warping on the dispenser door, then you will know to arrange for a replacement door. If there is no obvious damage or warping, it may be that the wax motor is the problem.

Finally, if it’s clear that there is a build-up of soap in the tray, then you can breathe a sigh of relief while you clean it out and relish in the knowledge that you will not have to pay for any replacement parts.

2. Fix it yourself or call in the professionals 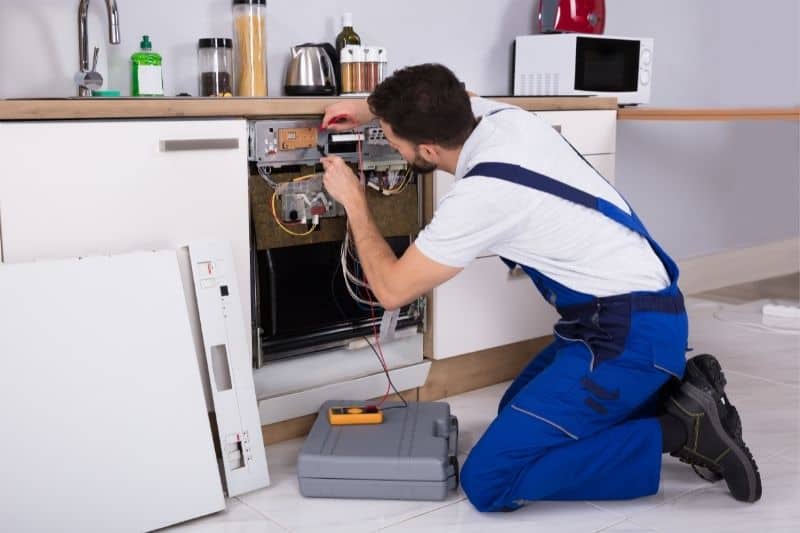 At this point, you now know what the problem is and can finally start to come up with a plan of action.

Have a look at potential replacement options online or in your local hardware store for the part that you know you will need to fix or replace.

Once you have sourced the required part, you can either follow a tutorial on how to fix the issue yourself or you can contact a professional repairman who will have expertise on the swift replacement or resolution of the problem.

3. Do not try putting the tablet loose into the machine

In cases like this, many online sources will say that once your dishwasher tablet dispenser has stopped working, just try throwing the dishwashing tablet into the cutlery tray, or just into the bottom of the machine and it will dissolve during the wash.

This advice is not accurate because if the tablet is floating loosely in the machine, it will dissolve too quickly and lead to the detergent being released during the prewash, which would mean that there would be no detergent left by the time the main cycle even starts.

Your dishes may seem clean enough at the end of the cycle, but the wash is not being done correctly and could lead to issues later.

There are a number of reasons behind why your dishwasher tablet may not be releasing but luckily most are fixable and can usually be done in a way that won’t break your bank account!