There is only one answer to this question, and it is absolutely not. The consequences of trying to use your washing machine after one of your drum paddles breaks could be disastrous!

Your drum paddles are designed to agitate the clothes that are being washed and without them, the drum would spin, but the clothes would not move.

The clothes would be stuck down at the bottom of the drum as the paddles won’t be there to pull them around in the spinning motion.

It’s less likely (but still very possible) that there will be damage if only one paddle is missing, but it’s virtually impossible to use the machine if all the paddles have been removed.

So, what is it that could happen when a paddle is missing? The holes underneath the paddles are larger than the holes in the drum and are often very sharp. Your laundry could be pulled into the holes during the wash, and your favourite clothes could end up riddled with rips.

How Do Paddles Get Broken?

Paddles tend to get broken in two common ways. The first way is when people put objects in the washing machine that it is not designed to cope with.

The average household washing machine is designed to handle the usual things that we all regularly wash, like clothes, towels, and bedding. It’s likely that if you put your trainers, bathmats, or any other heavier objects into your machine, it will damage your drum paddles. 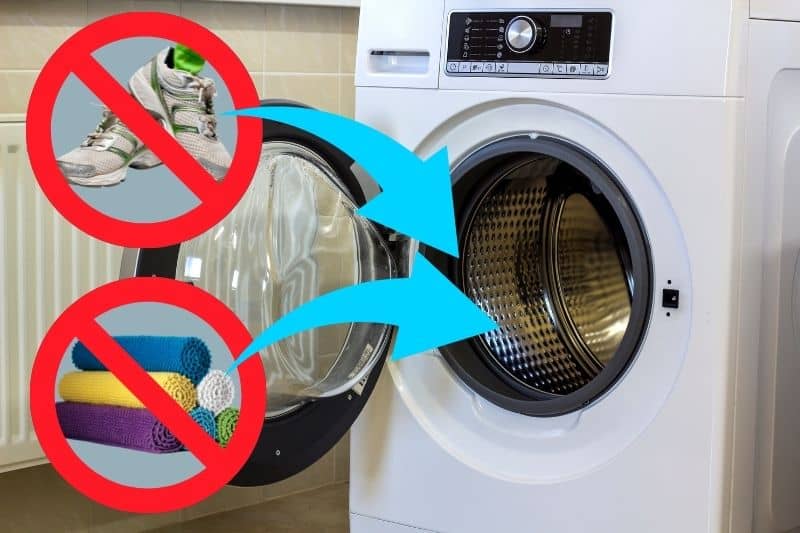 The second reason is that the drum paddles are often made of plastic and are not long-lasting. These days, most washing machines are created to be more affordable, which means that many of them have plastic drum paddles.

This means that the plastic can degrade over time and that the paddles are breakable, especially by heavy objects, but also by buttons and zippers that have been left open, as well as other things, like loose change that may have been forgotten in a pocket.

Plastic drum paddles are a positive in many ways though, the most important of which is how easy it is to replace them. They are removable, unlike steel drum paddles, which could be highly expensive when broken, as it will probably require you to replace the entire drum.

Every washing machine is slightly different, and there are a variety of different types of plastic drum paddles.

To know which paddle you will need to buy for your replacement, you will usually need a model number, which can be found printed on the control panel of the machine, or on the rating plate that’s usually found inside the door, on the filter flap, or the back. 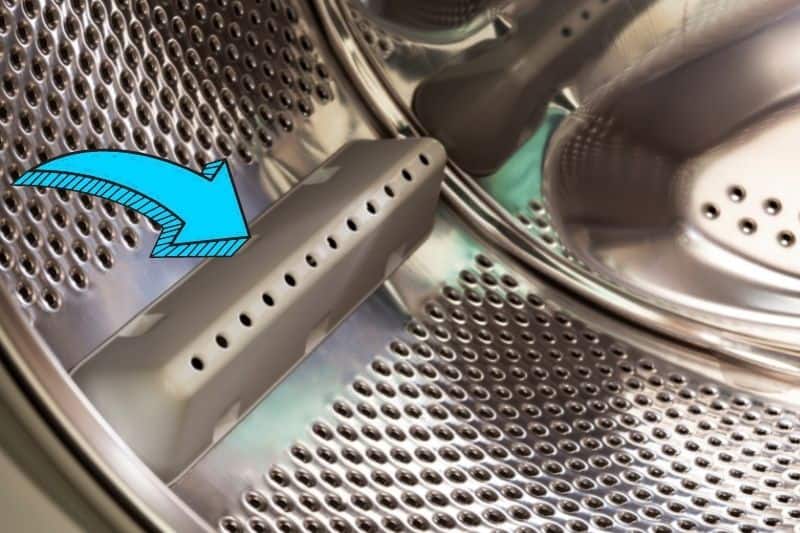 Luckily, most plastic drum paddles are fairly easy to remove or replace with a simple clip or retaining screw through the top of the paddle. There are various online tutorials that provide a step-by-step guide on how to easily replace them.

Other more complicated machines may require that you call in a professional to make sure that the replacement is done properly. If the process is done wrong, you would be at risk of the paddle breaking again, or coming off, which puts your clothes back in jeopardy.

While it may be possible to continue to use your machine when only one of the paddles is broken or missing, there is a much higher risk of your clothes being torn or damaged by the sharp edges inside where the paddle should be.

If you notice that one of your paddles is beginning to crack or to show signs of wear and tear, get it replaced as soon as you can save yourself both the expense, and the stress, of having to replace them after the damage has already been done.