Washing machine drain pumps are nearly always mounted on the bottom right of the front of the washing machine. Most machines will have an accessible filter, and the drain pump itself sits behind the filter.

Unfortunately washing machine drain pumps are one of the most common components to fail or just cause problems. Drain pumps are under a lot of stress, and they can easily break or get blocked up, causing a range of problems. 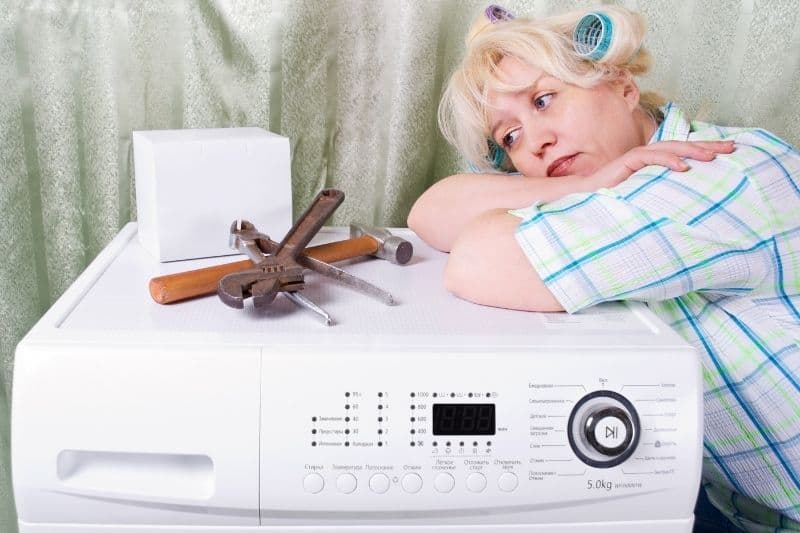 Regardless of whether a drain pump is blocked or faulty, it will often cause the same symptoms. The most common complaints are all obvious, and all involve wastewater.

Another common issue is that the washing machine drum will not spin, or it won’t drain properly.

If the symptoms that you are experiencing suggest that you have a problem with your washing machine’s drain pump, you can start to investigate the problem to determine the best solution.

Whilst it is possible that the drain pump has failed, there are other issues that could be causing the problem that you are experiencing. As part of your investigation of your drain pump, you should check these too as they could be a cheaper and easier fix!

1. Foreign object in the pump 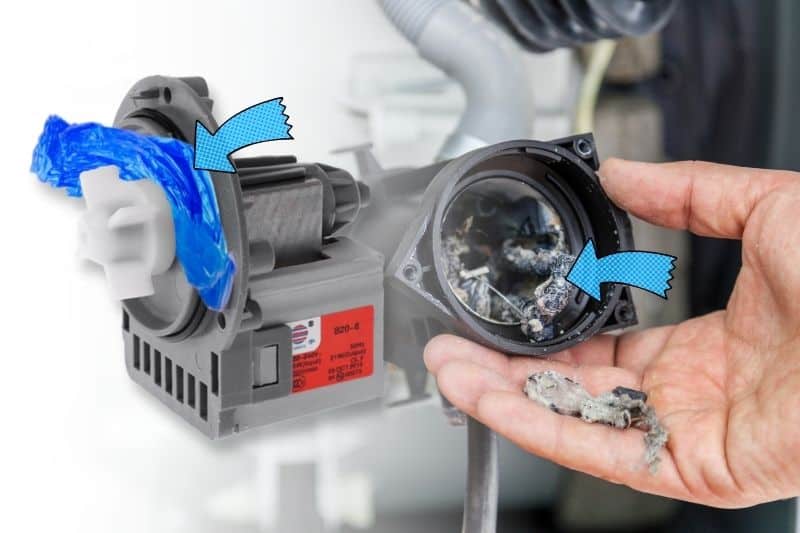 One of the most common causes of a drain pump problem is a foreign object being caught in either the pump itself or the drain pump’s filter. This is usually something that has gone through the washing machine caught in your laundry, such as coins, hair pins, and pens.

In addition to foreign objects, the filter could eventually just get blocked up with debris, food, and a build-up of old detergent and fabric softener. Take the filter out of the washing machine, and clean it thoroughly to get rid of any grime and sludge.

Wash the filter or pump well using lots of soapy water, and wipe out the cavity where it sits. Put the filter and pump back, and run the washing machine again to see if the problem has been fixed.

If the pump itself and the filter are both clean and clear from foreign objects, check the pump itself for damage. A common issue is that one of the impeller blades is damaged. It might have snapped, or it might just have a bit missing.

If this is the case, get hold of the manufacturer of your washing machine or a technician to get the component replaced. 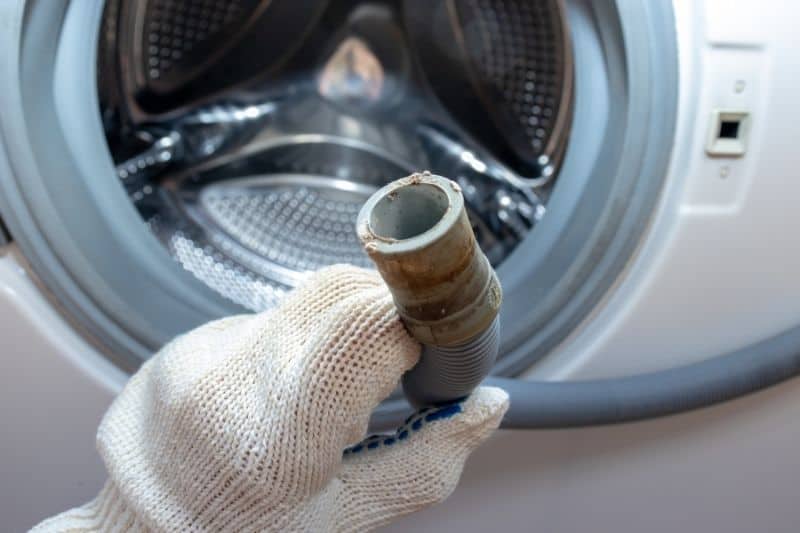 If both the pump and filter look fine but you still have the problem, it’s time to look further afield. Make sure that you check the drain hose itself – if this is blocked and the water has nowhere to go, the pump will not be able to operate, causing the symptoms detailed above.

Depending on how bad the blockage is, you might just be able to tip it out, or you might need to use a drain unblocker chemical or drain or plumbing snake.

5. Blockage under the sink

If your washing machine is connected by spigot to the plumbing under the sink, there could be a blockage here that is causing the issue.

If the plumbing under the sink is blocked up with grease or food, this could stop the wastewater from the washing machine from draining away.