We spend a great deal of time in our duvets, and so making sure that they are properly washed is crucial. Without adequate cleaning, our duvets can quickly become dirty, smelly, and unhygienic.

Changing the duvet covers is important, but without washing the duvet itself, the smell and dirt can still build up.

One of the easiest ways to clean any fabric article is in the washing machine, but the question is, can you wash a double duvet in a washing machine?

If your washing machine has an 8 kilo drum, this will comfortably wash even a heavy (greater than 10 tog) double duvet, and can handle a queen size duvet too. 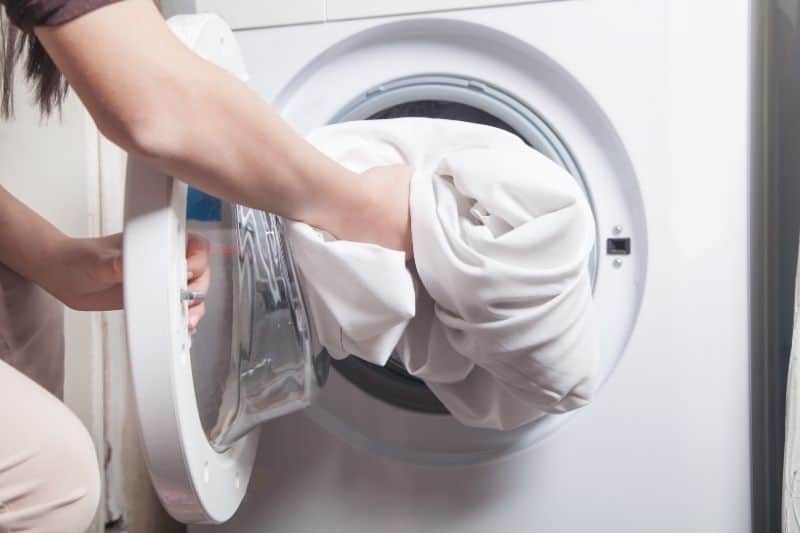 When Should You Wash a Duvet?

Most people might agree that duvets need washing from time to time to stay hygienic, but that does not mean that there is a set consensus on how often this should be.

Generally, duvets and pillows should be washed every few months, but a minimum of twice a year. This is especially important if you suffer from allergies. Without regular cleaning, dust mites, allergens, grime, and bacteria can all build up in the fibres of duvets.

How to Wash a Duvet

When it comes to determining how to go about washing a duvet, you need to consult the washing instructions. Some types of duvet must be hand washed or dry cleaned, and others might need washing on specific temperatures to protect the fibres from damage.

We have written a guide here on how to wash a duvet. Use the tips there together with the specific instructions on your duvet.

Before washing any article that you have not washed before, make sure that you check the label.

You should also take the time to repair any damaged seams or holes in the duvet. Repairing damage before washing will prevent it from becoming any worse and will stop the stuffing from coming out during the machine cycle too.

If your duvet is particularly dirty, it might be worth pre-soaking. A bathtub is ideal for pre-soaking a duvet. Before starting, make sure that the bathtub itself is clean. Fill it with water and either a small amount of borax, laundry detergent, or a dedicated pre-soaking detergent.

Let the duvet soak for about an hour before draining the water away. Roll the duvet up to squeeze the excess water out, then wash the duvet as planned. 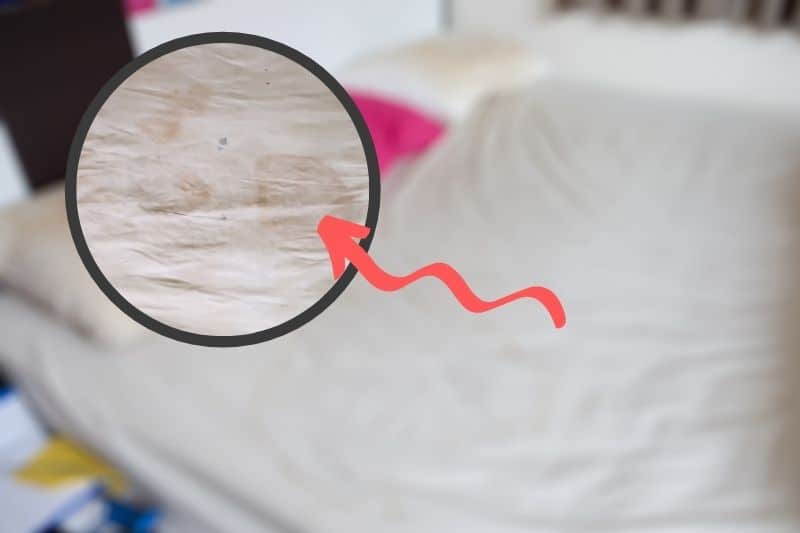 If you spill something on your duvet, you should deal with as quickly as possible. To spot-clean a duvet, first ease the filling away from the affected area.

Tie the casing off with an elastic band to keep it separate and sponge the stain with a mild detergent. Rinse the area with clean water, and blot dry.

Use cold water for this process rather than hot, as hot water can set the stain.

Once you have determined that your synthetic duvet can be machine washed, set the machine up with a normal spin cycle on a temperature that is as high as the care label allows. Higher temperatures kill more bacteria than lower ones, resulting in a cleaner, more hygienic duvet.

When washing a duvet, it is wise to only use a third of your usual laundry detergent. The thickness of a duvet means that if you use too much detergent, it can cling to the internal fibres and will remain there after the cycle finishes. 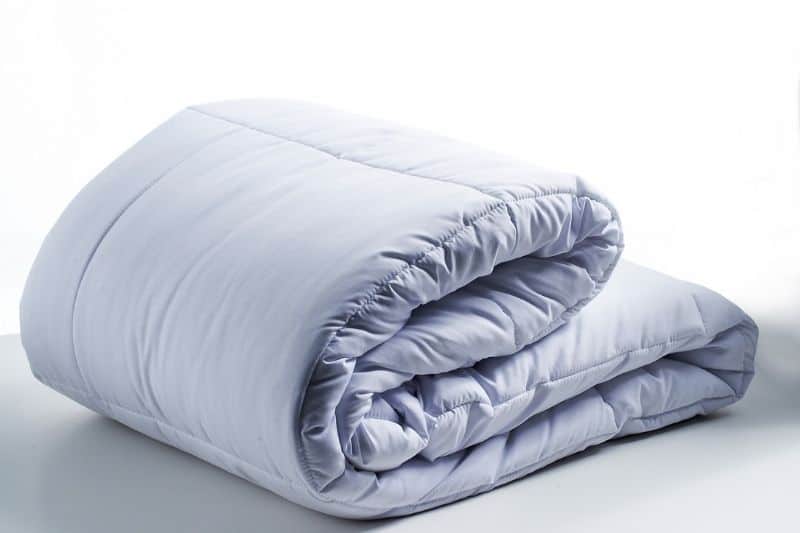 Once the cycle has completed, take the duvet out and shake it to redistribute the filling. Duvets need drying as quickly as possible, but make sure that you check the care label before putting it in the tumble dryer.

Whilst the duvet is in the tumble dryer, you can help keep the filling even by adding a couple of dryer balls or clean tennis balls to the dryer.

Once the duvet comes out of the tumble dryer, hang it either outside or over the back of a kitchen chair to finish airing out and drying the fibres in the very centre of the duvet. Often, a duvet can feel dry to the touch, but the very middle of the fibres will still be wet.

Make sure that you shake the duvet to redistribute the fibres and rotate it regularly whilst it dries.

If you do decide to wash your feather duvet yourself, make sure that you bear in mind that these duvets take much longer to dry.

It is worth allowing a minimum of twenty-four hours to wash and dry a duvet, so try to schedule this for the warmer months when you might not need it. Always consult the care label before starting. 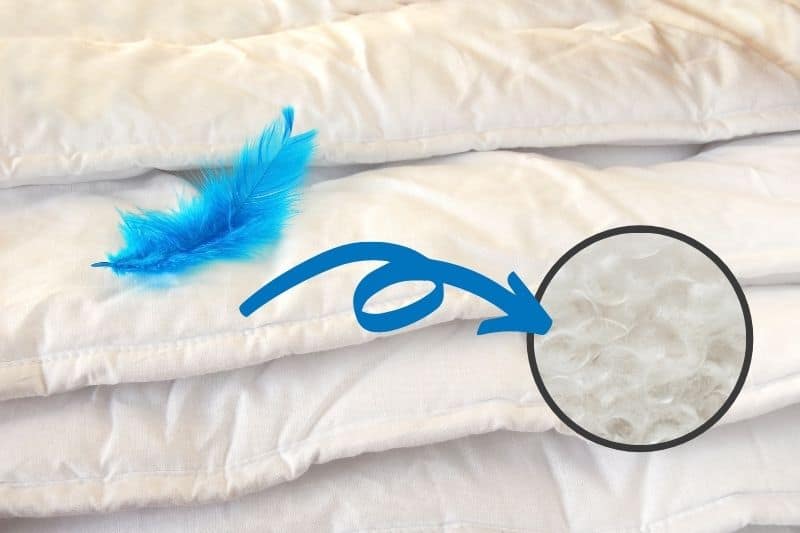 When machine washing a natural duvet, use a gentle cycle with the lowest possible temperature setting. Some washing machines may have a cycle specifically for washing down duvets, but a wool or delicate cycle will suffice.

Where possible, use detergents specifically designed for this type of material, and avoid using other types of detergent.

It is critical that feather duvets are dried thoroughly, as otherwise the moisture can cling to the feathers, leading to rotting. Once the duvet feels dry (whether you have tumble or air dried), shake the duvet to evenly distribute the filling.

Check for residual moisture, and if needed, dry the duvet a second time. Always thoroughly air out the duvet before putting it back on the bed.