There’s nothing quite like a fluffy, beautifully scented towel when you’ve just stepped out of the bath or shower. And a soft cosy towel can feel like a real indulgence, especially when you’ve had a hard day.

To make sure that your towels always smell fresh and feel wonderfully soft, it’s tempting to add lashings of fabric softener to your wash.

But just hold on a moment! Before you grab that bottle, there’s a few things you should know about fabric softener and its effects on your towels.

Here’s a look at whether fabric softener is bad for towels, and what you can use instead. 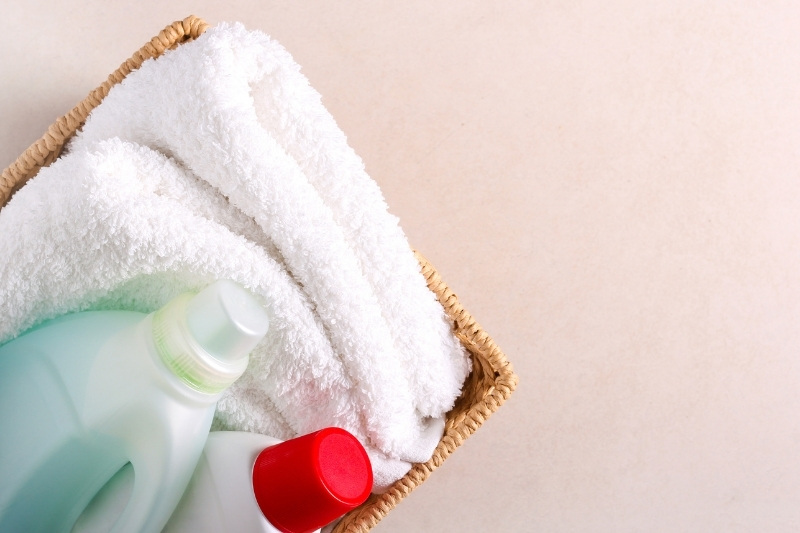 This is because fabric softener is made with silicone oil which works by coating material to give that familiar silky feel.

The problem for towels is that this silicone coating makes the fibres less absorbent and can also make them feel greasy. As towels main function is to absorb water, this is less than ideal!

Over time this coating will continue to build up, and eventually your towels will lose their natural fleecy feel and will become rough to the touch.

But that’s not all.

The film that coats the towels means that they will need to be washed more frequently. This is the fastest way to break down the towel fibres, making them wear out more quickly.

What Can I Use Instead of Fabric Softener for Towels? 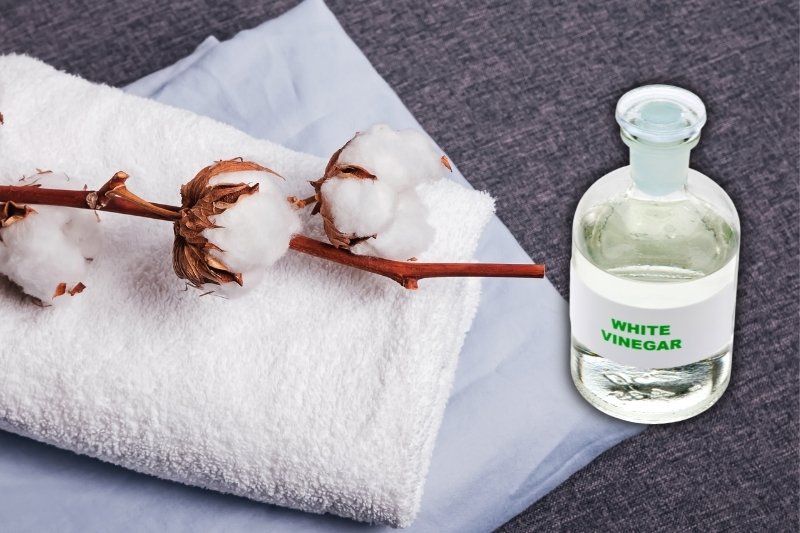 Ditching the fabric softener for your towels doesn’t mean that you need to resign yourself to stiff, hard towels.

Distilled white vinegar makes an excellent alternative and will leave your towels fluffier than you’ve probably ever seen before.

Don’t worry; your towels won’t emerge smelling like a chip shop! When you use distilled white vinegar, they’ll smell of nothing.

For many people this is ideal as the scent of the softener won’t clash with any scented body products they want to use.

And just as an extra boost, distilled white vinegar can also make whites brighter and set colours, preventing them from running. It’s an all-round good guy for the washing machine.

How Can I Remove Fabric Softener from My Towels? 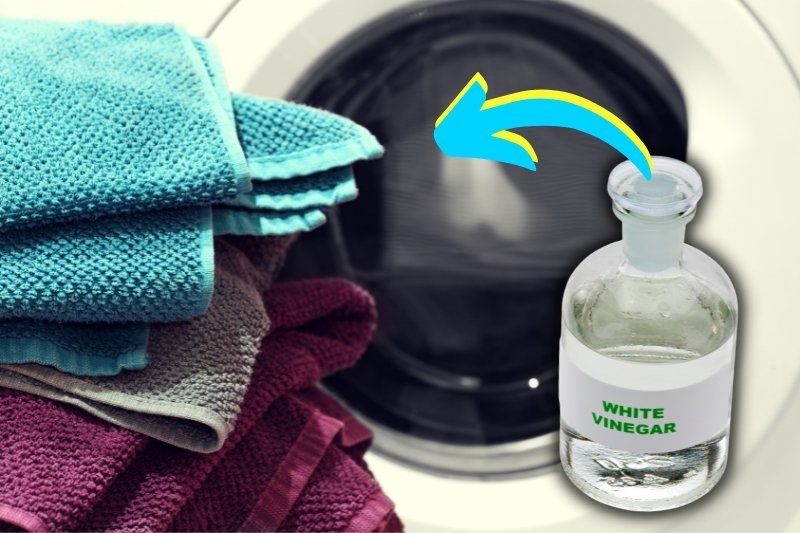 If you recognise the signs of fabric softener build-up, it might still be possible to rescue your towels.

Removing the residual fabric softener from the towels can often be all that’s needed to restore their former fluffy glory.

A regular wash with simple detergent won’t be sufficient to remove the fabric softener. Instead, you’ll need to give them a hot wash with a strong laundry detergent PLUS a cup of distilled white vinegar.

This should strip away the fabric softener and leave your towels feeling soft. For cases where there is a lot of residues, you may need to repeat the cycle.

How Can I Make My Towels Smell Good Without Fabric Softener? 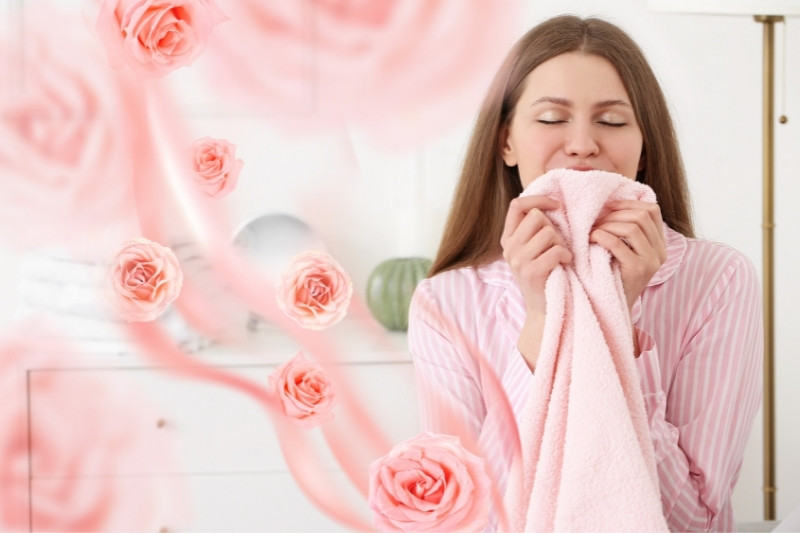 Some people love the beautiful scent that you get from fabric softener, especially on towels and bedding. You don’t need to give up on this as it’s possible to add your own scent to a wash.

This is best achieved during the drying cycle, but don’t opt for dryer sheets. They contain many similar oils and can have the same effect on your towels as fabric softener.

Instead, use a damp washcloth and add a few drops of your favourite essential oil. Throw this in the dryer with the towels and the oil won’t transfer, but the scent will.

The result is soft, fluffy, and wonderfully fragrant towels.

Why Are My Towels Hard After Washing?

Rubbing a scratchy and stiff towel against your body is deeply unsatisfying, but there could be a few culprits for rough and rigid towels.

A good quality towel gives you the best possible start, but if you’re guilty of any of the following, you’ll end up with crispy towels no matter how much you spend.

Common causes of hard towels include:

It can be a tricky balancing act, because you’ll need to make sure your towels are properly clean to avoid spreading germs and bacteria.

Therefore, there’s no single right answer about how often to wash them, or what temperature to use.

Having more than one towel on rotation for use can help to give the fibres a chance to rest before being washed again. This recovery time can be vital in keeping towels fluffy and retaining the pile.

Hot temperatures are more damaging in the dryer than the washing machine. Therefore, if you need to put your towels on a hot wash because they’re heavily soiled, that’s fine—just make sure the dryer is kept to a medium heat.

The fragile cellulose structure of cotton will flatten if it’s overheated, and the damage will be irreversible.

Read our guide on how to soften hard towels for some more tips!