There’s a new cleaning idea circulating at the moment that says you can use dishwasher tablets to clean a shower.

This unconventional idea may seem unbelievable at first glance, but the fact of the matter is, dishwasher tablets can be used to clean showers.

However, how well they clean a shower depends on a couple of factors… How much time you actually put into the cleaning exercise, how serious you take the task and how dirty the shower is to begin with.

If you’re just looking at getting rid of soapy residue, giving the shower a general clean and making sure the glass door goes back to shining condition, then dishwasher tablets will do the job. But if you’ve got a messy shower that needs a deep and thorough clean, you’d be better off going with a specialised shower cleaner.

Plus, if you don’t actually have dishwasher tablets at home it would be a waste of time going to a shop to buy them, when there are other, and some would argue better, methods to use.

If you do fancy giving dishwasher tablets a go, follow the steps below!

How to Clean a Shower with Dishwasher Tablets 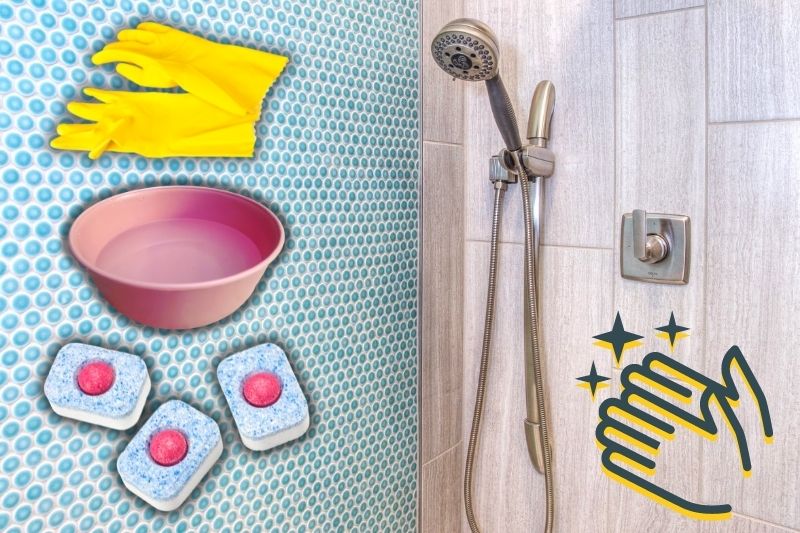 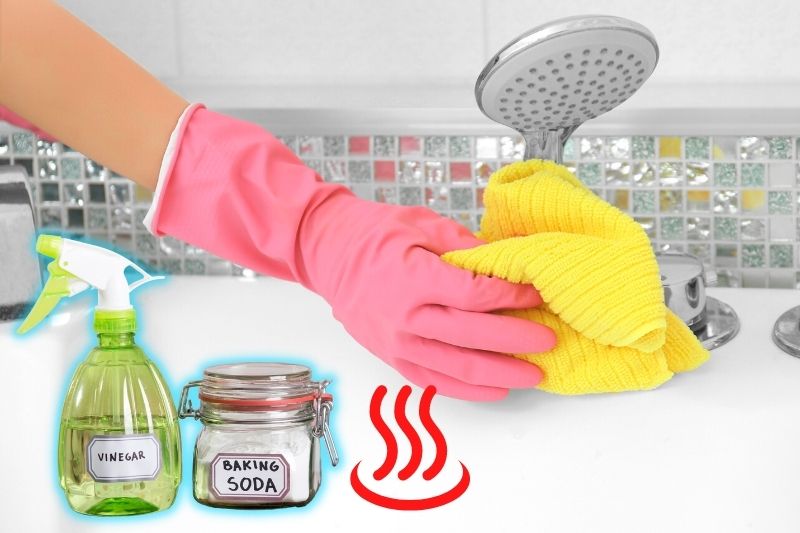 Although cleaning your shower with a dishwasher tablet is a cheap and cheerful option, it does have some drawbacks.

For example, the floor in your shower may get slippery once you’re done cleaning, you may miss patches of dirt when you’re cleaning because the tablet is so small, and some dishwasher tablets may be more effective than others. Not to mention that dishwasher tablets are little, so you may take longer than usual to clean your entire shower down.

With these issues in mind, here are some alternative ways to clean a shower that may be better for you!

Can You Clean a Fixed Shower Head with Dishwasher Tablets? 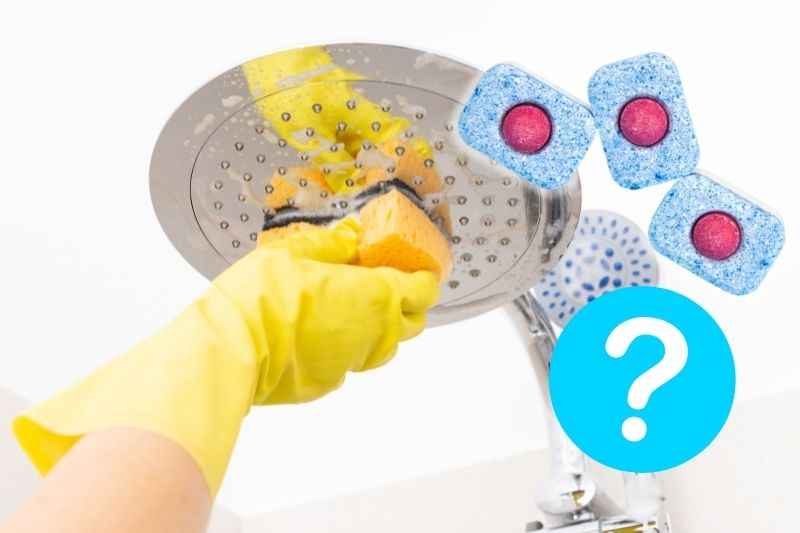 You can use dishwasher tablets to clean any shower head, but it may be a little tricky and awkward to do so, especially if the shower head is fixed.

That being said, you don’t have to clean a fixed shower head, or a general shower head, with a dishwasher tablet. In fact, there are much better ways to clean shower heads.

Here are some methods you can try:

Will a Dishwasher Tablet Remove Mould and Mildew? 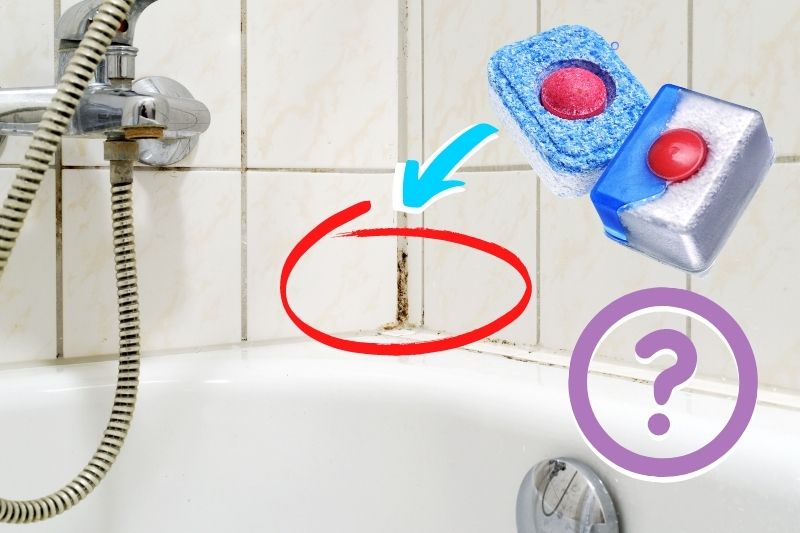 Dishwasher tablets may be able to dislodge some mould/mildew because they’re slightly abrasive. But it’s unlikely that the tablet will cure the problem completely. Plus, the harder you scrub, the higher the chance is of the tablet crumbling.

In order to remove mould and mildew you’ll need to use a specialised product that can be bought from a shop or online.

It’s also better to treat the problem sooner rather than later, so try and remove the mould/mildew as soon as you can.

Here are some products to keep an eye out for:

You can find out more information about these products in our guide to the best mould remover sprays.

What Else Can You Use Dishwasher Tablets For? 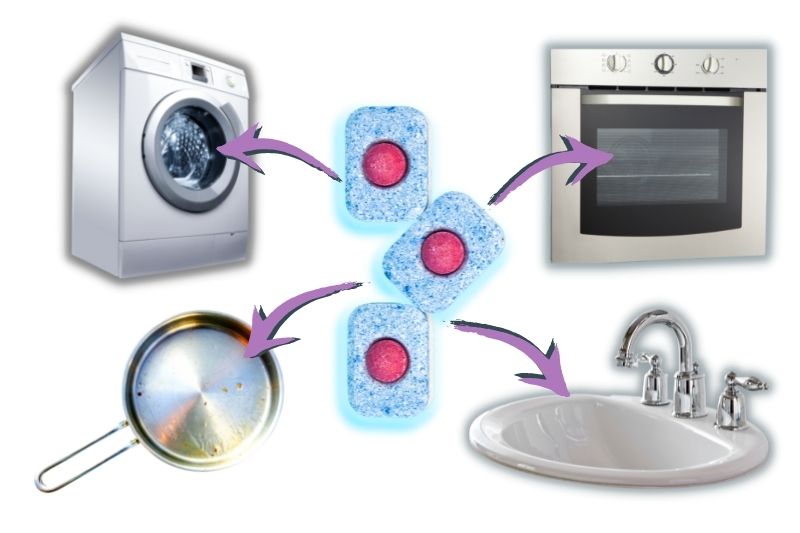 It may come as a surprise to hear that dishwasher tablets can be used to clean multiple areas and items in your home.

Here are a few examples for you: