Mould is never something you want to start seeing around your house, especially on your shiny, white uPVC windows.

Usually, when mould starts to appear, it means that there is either a consistent condensation in the area, or you have a leak.

Mould may start to affect your health if it’s given the opportunity to spread, especially if you already suffer from asthma or allergies. Continued exposure to mould can irritate your eyes, skin, and even your lungs.

For these reasons, the best thing to do is to find the source of the mould and fix it. Mould is a living thing and, even if you clean it properly, it tends to come creeping back pretty swiftly.

As annoying as it is, it’s important to keep removing that pesky mould every time that it reappears.

Start by opening up the doors and windows nearby, allowing as much fresh air into the space as possible.

Then grab your personal protective equipment (PPE), which in this case would consist of some sturdy rubber gloves and a face mask. 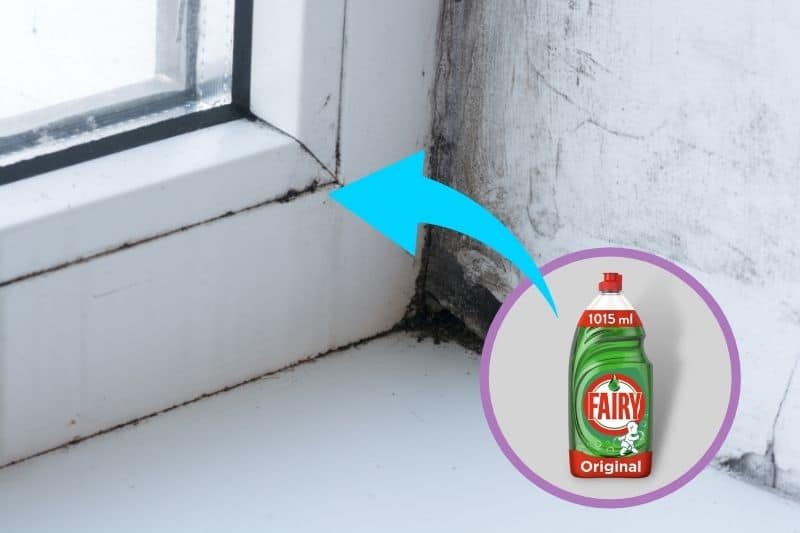 You will also need a couple of cloths and a bucket of water with washing-up liquid mixed in.

Wet one of your clothes with soapy water and start to carefully wipe the mouldy area. Be cautious not to spread the mould around on the surface any more than it already is.

Once the mould is gone from the window, use your other cloth to dry the area completely.

If the washing-up liquid technique is unsuccessful, the next step would be to grab a spray bottle and fill it up with vinegar.

Spray the mouldy area completely with the vinegar and leave it for 30 minutes to an hour so that it has time to effectively break up the mould. 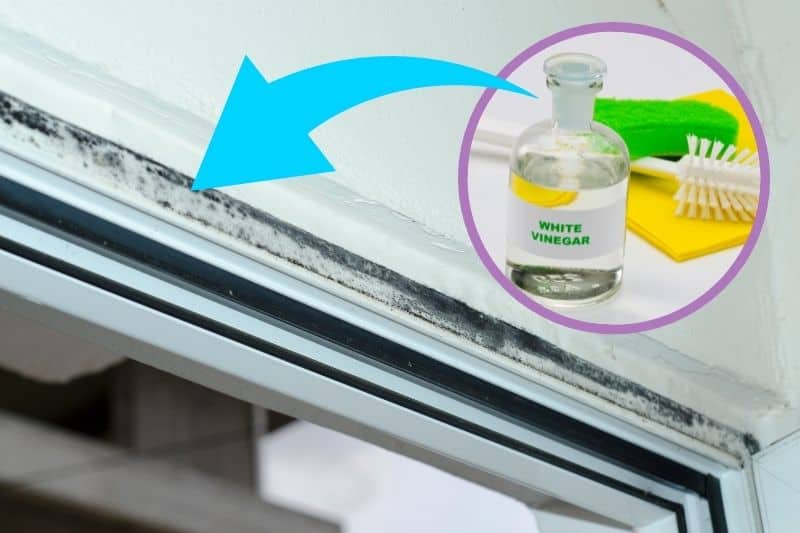 When the waiting period is over, use a scrubbing brush to scrape the mould away and then wipe down the whole area with warm water.

If the mould persistently reappears keep trying the process again, but it’s at this stage where you may want to look more closely into the potential causes of the mould.

What’s the Best Way to Remove Mould From a uPVC Window?

The Fairy Liquid and vinegar methods are the safest and most effective for removing mould from uPVC window frames.

If the mould is still stubbornly returning, you can try removing it using an approved mould remover, but be very aware of the ingredients in these, as bleach does not react well with uPVC! If white uPVC is exposed to bleach, it is highly likely to turn brown.

Rather than causing permanent damage to your clean, white uPVC frames, turn your focus to discovering the root of the mould, and repairing any damage. If condensation is the culprit, try creating more ventilation in the problem area.

Making use of extractor fans in kitchens and bathrooms is also recommended, as is moving around some of your plants, especially those near the windows, as plants are regularly releasing moisture.

Lastly, you could try investing in a dehumidifier, which can have various health benefits, as well as extricating the dampness from the air in your house.