Hydrogen peroxide is a cleaning chemical that is much more environmentally friendly than bleach, but will still kill off bacteria, viruses, mould and more.

As more and more households move towards using environmentally friendly alternatives where possible, hydrogen peroxide will become even more popular. Fortunately, there are a variety of places where you can buy hydrogen peroxide in the UK.

Where to Buy Hydrogen Peroxide for Cleaning in the UK

Hydrogen peroxide is useful for a variety of purposes, but it isn’t very easy to find in stores. On the plus side, affordable bottles of hydrogen peroxide can be found online, through stores such as Amazon and Big Green Smile.

McKLords are a British organisation, and all of their products are made, bottled, and labeled at home in the UK.

If you need hydrogen peroxide in bulk, the Sanitirex 3% hydrogen peroxide comes in handy and affordable 5-litre bottles. The larger size of this item is ideal for households who want to carry out bigger tasks, such as cleaning mattresses, killing weeds, or disinfecting garden toys. 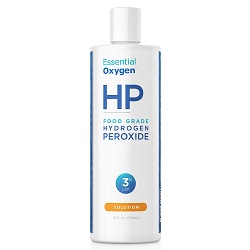 In shops and supermarkets

Whilst hydrogen peroxide is perfectly safe to use for cleaning purposes around the home, it can be used for malicious purposes, and so is not always very easy to find in supermarkets or shops. You may be able to find hydrogen peroxide in some chemists or pharmacies, but it is usually easier to find online.

Some shops and supermarkets may sell cleaning products that contain hydrogen peroxide, such as surface cleaners or disinfectants, but it is unlikely you will find just hydrogen peroxide itself.

What is hydrogen peroxide used for?

It can be used to disinfect kitchen work surfaces, clean the toilet, tackle mould, and get rid of streaks on windows and mirrors.

Is hydrogen peroxide the same as bleach?

Household bleaches tend to use chlorine or similar chemicals, and they present a low-cost way to disinfect and clean all manner of surfaces.

On the other hand, hydrogen peroxide has a much kinder environmental footprint and can still be used to tackle a variety of cleaning and disinfecting tasks. The components in hydrogen peroxide break down into water and oxygen, with no harmful by-products being produced.

Is hydrogen peroxide safe to use?

Hydrogen peroxide for household purposes is usually between a 3 and 12% concentration. At this strength, like all cleaning chemicals, hydrogen peroxide is perfectly safe to use as long as adequate precautions are taken and the chemical is handled with care.

What are the advantages of hydrogen peroxide?

Hydrogen peroxide is a powerful cleaning agent that can be used for a variety of household tasks. This chemical is effective against a wide variety of organisms, such as bacteria and fungi.

Hydrogen peroxide has a much lower environmental impact than other disinfectants and cleaning chemicals as the components break down completely into water and oxygen.

Can I use hydrogen peroxide as a disinfectant spray?

Hydrogen peroxide is naturally able to kill all manner of bacteria, viruses, and germs. Simply fill a spray bottle with hydrogen peroxide, spray onto the desired surface, and leave to sit for five minutes before wiping away. 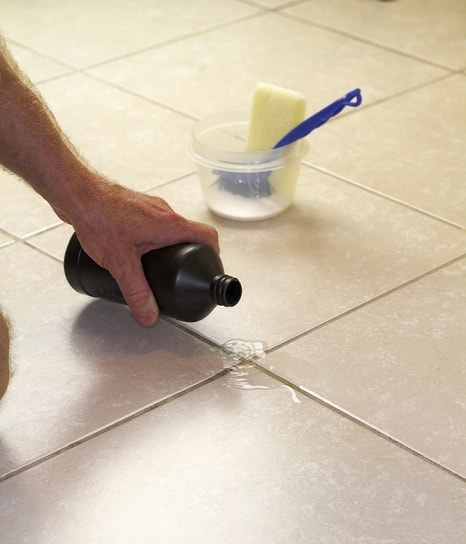 The moisture and food debris in dishwashers means that they can end up full of nasty fungi and bacteria. This is most evident in the regions of the dishwasher that stay damp for long periods of time after the cycle has finished, such as the sprayer arms, the rubber seal, and around the utensil basket.

For a sink that is sparklingly clean and hygienic, try a bicarbonate of soda scrub followed by hydrogen peroxide.

Next, pour or spray 3% hydrogen peroxide over the surface of the sink, and allow it to sit for about 10 minutes before rinsing the residue away.

To achieve best results, spray 3% hydrogen peroxide on the surfaces and leave it to sit for 10 minutes at room temperature before rinsing thoroughly.

For an extra cleaning boost, spray the inside of bins with a solution of equal parts hydrogen peroxide and water after cleaning the bin with soap and water. Let the bin dry outside in the sun for a few hours. The hydrogen peroxide will kill any bacteria and germs that were left behind.

Hydrogen peroxide does a great job of killing bacteria and all manner of other nasties. This means that it is a great choice when it comes to cleaning the bathroom, and especially the toilet.

To clean the inside of the toilet bowl, simply tip half a cup, about 120ml, of 3% hydrogen peroxide into the bowl. Leave it for about 20 minutes, then flush as normal to reveal a shiny, germ-free toilet.

Mould and mildew are especially common in showers and on window frames. It can build up quickly in most moist environments, leaving behind nasty black marks.

Commercial mould removers are usually really harsh chemicals that result in toxic bleach fumes. Instead of using these, you can tackle the problem with hydrogen peroxide.

Note: only use this method on surfaces that are non-absorbent, such as glass shower doors or tiles.

Rather than fighting with the kitchen roll and glass cleaner for hours on end and still ending up with streaks, you can achieve great results easily with a hydrogen peroxide solution. Simply mix together equal parts water and hydrogen peroxide, and spray onto the desired surface. Wipe the mirror or glass with kitchen roll or a microfibre cloth to reveal a streak-free finish.

Unsealed marble will end up stained at some point, no matter how careful you are. Whether it’s a table, work surface, or chopping board, it will likely end up with a stain from food or drink sooner or later.

To tackle this, mix flour into hydrogen peroxide to create a paste that can be applied directly to the stain. Cover the area with cling film, and leave it to sit for a minimum of 12 hours. When the paste is cleaned away, the stain should have disappeared.

Note: before trying this technique, test the paste in an inconspicuous area to make sure you will not damage the marble.