Keeping clothes clean by washing them in a washing machine seems like a pretty straightforward task. After all, what could really go wrong?

But… Bad habits have a way of creeping into laundry cleaning routines, and these little practises could be ruining your washing machine – and you might not even know it!

So, let’s find out what can ruin a washing machine, this way you won’t fall victim to a wrecked appliance anytime soon.

Below you’ll find out what’ll really make your washing machine break! You may even be surprised to hear a few of them…

1. Adding in Too Many Clothes 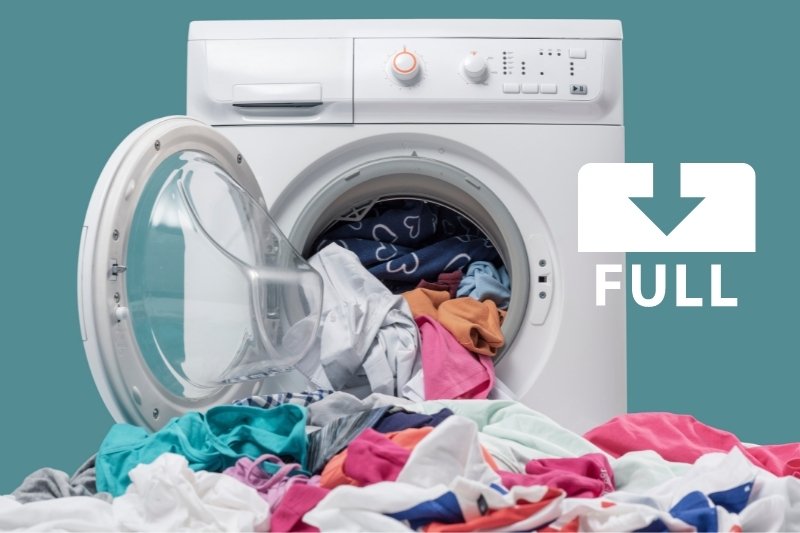 The biggest culprit, and one we’ve all likely done, is adding too many clothes to the washing machine.

This really isn’t that uncommon, but if you do this too many times you do risk ruining your washing machine. How so?

Overfilling a washing machine can make the drum really heavy, and this can lead to unwanted strain being put on the bearings and motor inside the machine. This in turn, will impact how the drum moves or doesn’t move in some cases, and if the drum cannot move the clothes inside will not be washed correctly.

Not to mention the fact that adding too many clothes to a washing machine usually means that these clothes won’t be cleaned properly either. The items won’t have enough space to move around and to be washed, so in the long term you’d have to rewash the uncleaned items.

2. Overdoing it With the Detergent 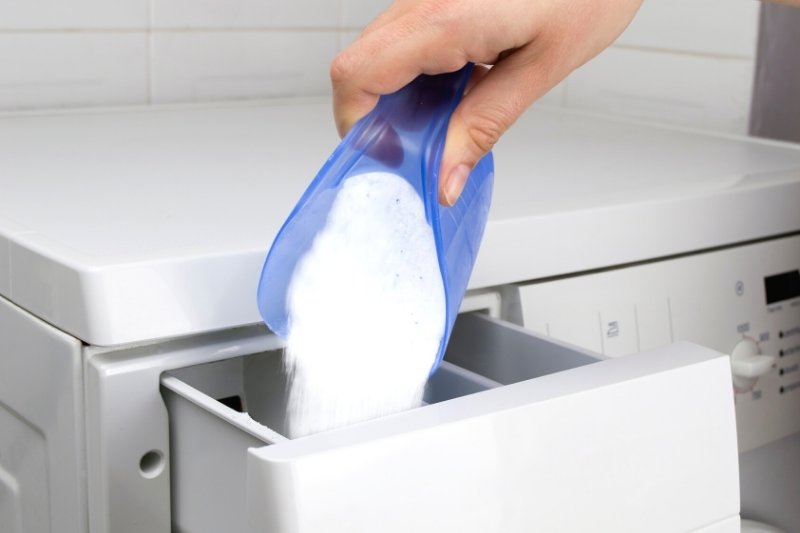 While adding lashings of detergent to a washing machine doesn’t seem too harmless, you’d actually be wrong to think this.

Too much detergent in a washing machine can cause quite a lot of foam to appear, this foam then has to be emptied from the appliance via the drainage hose.

The issue is, the hose can get blocked up very quickly with foam and this can prevent the pipe from working and can stop water flowing out of the machine properly. In turn, doing this too often can prevent the washing machine from performing as it should.

If you keep misusing detergent you could end up ruining your washing machine.

3. Not Emptying Your Pockets Before Running a Wash Cycle 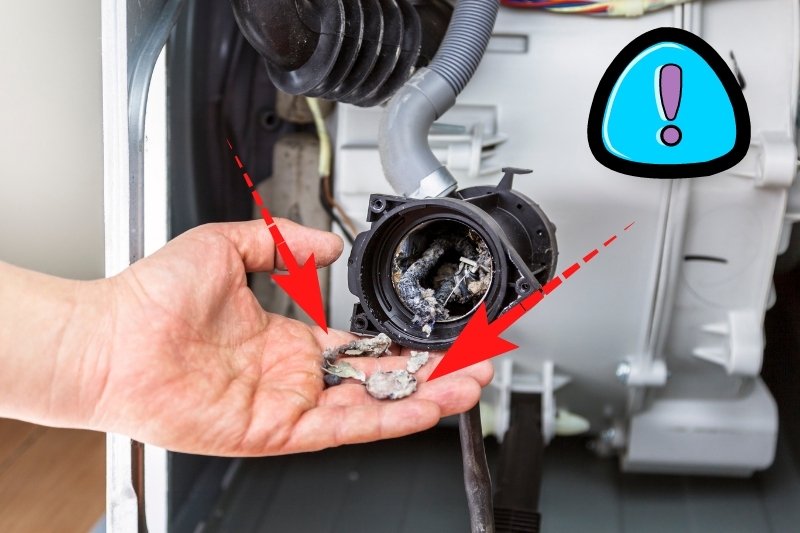 Another big problem that can cause damage to a washing machine, and can even ruin it in the long term, is not emptying your pockets before washing your items.

Various items can be kept in pockets, from tissues to money, and from wallets to phones. If these items aren’t emptied out of an item’s pockets before a wash starts, these goods will rattle around inside the machine, or disintegrate in the tissues case.

One thing is for sure, most of these items will make a noise as your clothes are spun around in the drum. Which means that these goods, particularly keys and coins, may be scratching the drum.

In addition to this, these items can also get stuck under the seal, in the filter and in the hose. You may be lucky and you’ll be able to remove these goods with ease. But, if you get a key stuck in the drainage hose, for example, you have to be really careful not to tear the pipe when you’re dislodging the stray key.

Plus, if you don’t actually notice any of these items in your washing machine, you’ll just keep washing laundry with these goods inside for ages, which will be problematic.

4. Not Levelling the Washing Machine 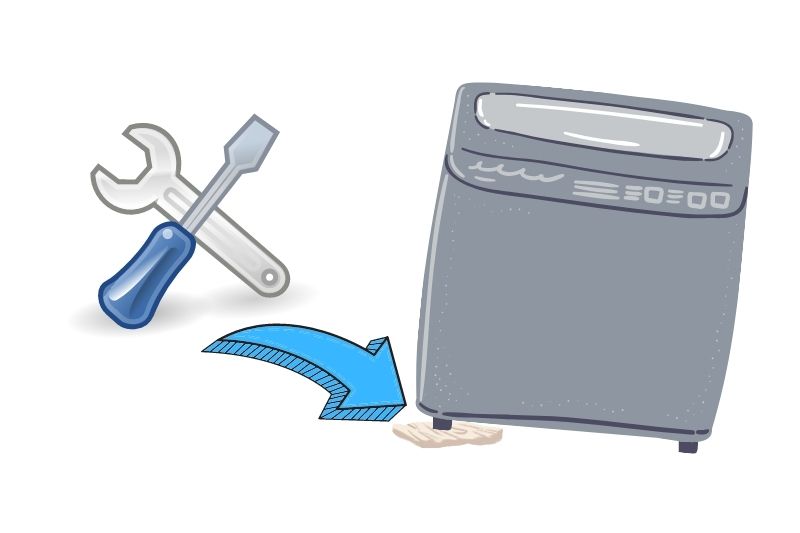 If you’ve not levelled your washing machine before using it, you could end up ruining it before it’s even got going!

Unlevelled washing machines usually rattle around and vibrate a lot when cycles are being run. This means that mechanical failures could pop up in the future, and any cupboards or flooring the machine is on may also be ruined.

It’s also possible for rocking washing machines to leak because the appliance could be knocking or rubbing up against the drainage hose.

5. Ignoring the Advice in the User Manual 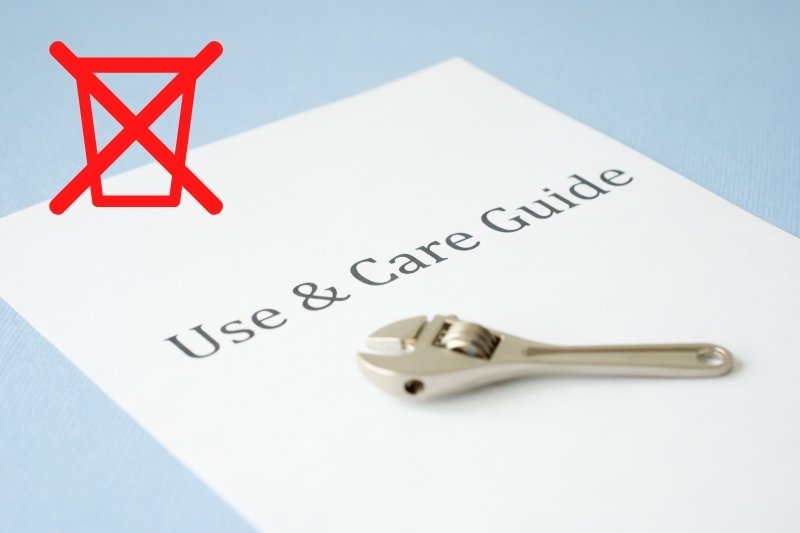 It’s super easy to discard the user handbook when it arrives with your washing machine.

The problem is, trying to figure out how a machine works, without reading a single page in the guide book, may lead to you pressing buttons and changing settings that you shouldn’t really be messing around with.

Think about it, if you don’t really know what button or setting you are pressing, you could cause the washing machine to malfunction. In this case, the machine may be ruined and you haven’t even done a wash yet!

Always browse the handbook before diving right in. 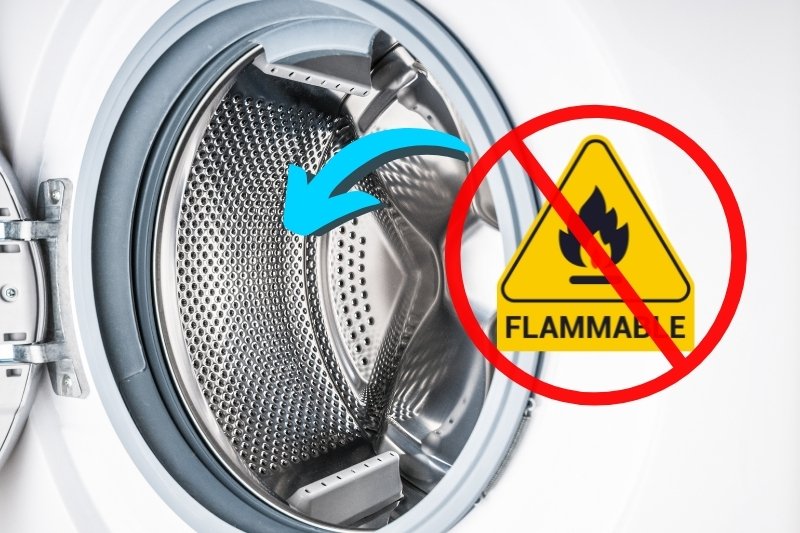 Although this should be very obvious, if you put any flammable items into a washing machine, they will cause some serious damage! This harm will probably be irreparable and you’ll likely have lost your warranty for doing this.

Avoid this at all costs.

And if you do end up spilling some petrol or diesel onto your clothes, treat and hand wash these items.

7. Not Cleaning Your Washing Machine 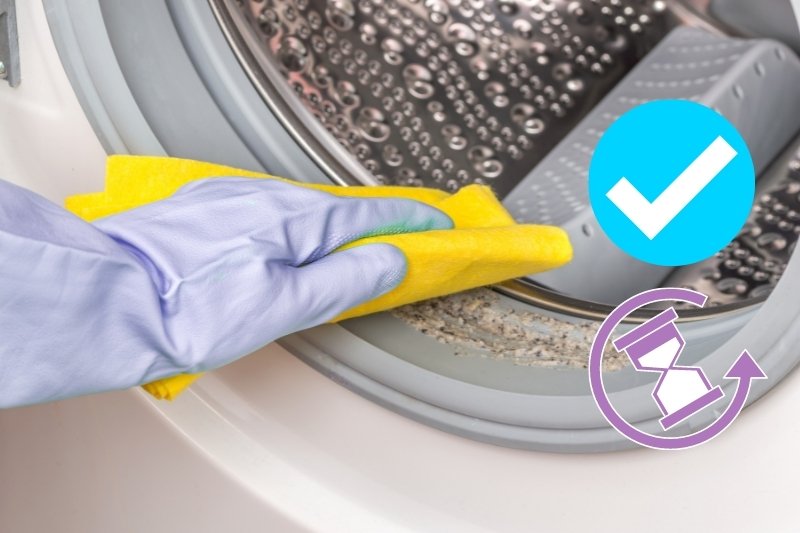 8. Leaving Laundry in the Washing Machine for Long Periods of Time 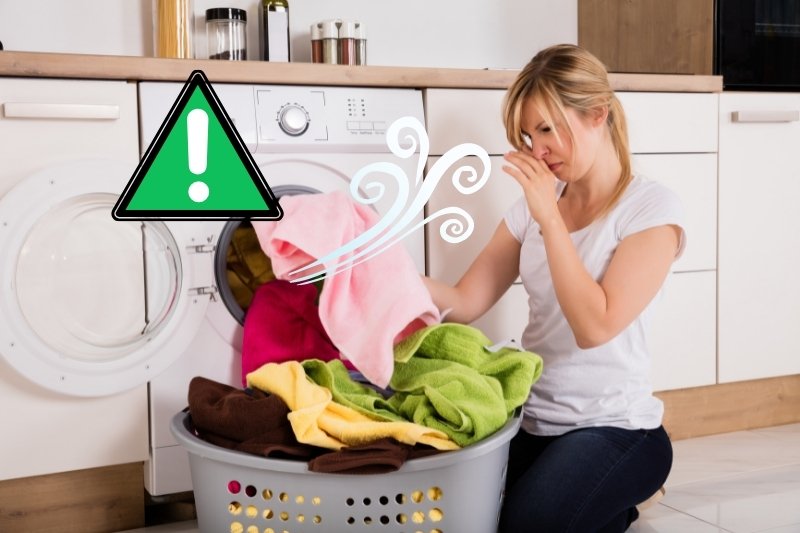 We’ve all forgotten to peg out our laundry at some point, and usually when we go to retrieve our washing our noses are assaulted with a stale stench permeating from the washing machine. Yes, that is the smell of clothes being left in the drum for too long.

While clothes can be re-washed or hung up to dry, it’s also important to go back and clean the washing machine’s insides down.

Interestingly, if you leave wet clothes in the appliance for a period of time mould can start to develop. This is the same type of mould as you’d get on a wall, and it’s just as problematic in a washing machine. If you don’t clean and treat this mouldy issue, the problem will persist and it may cause some health issues.

9. Trapped Goods Under the Seal 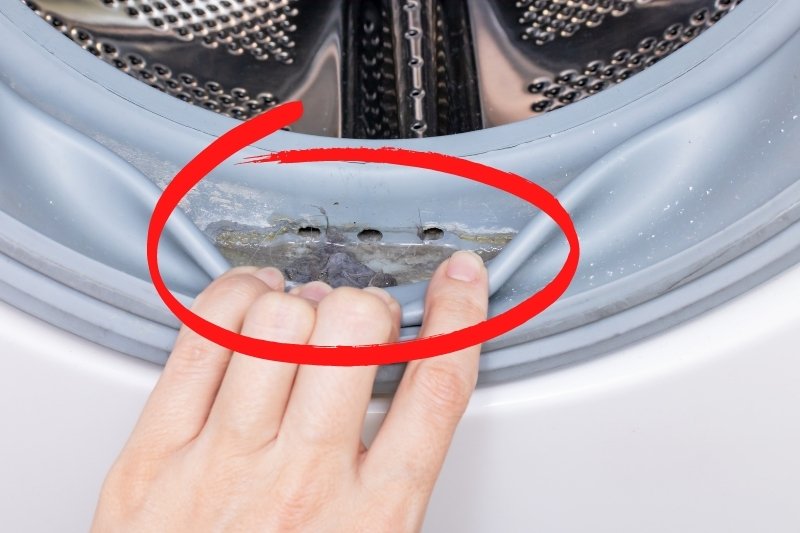 It’s not uncommon for stary items to end up under the seal in your washing machine. While some items go completely unnoticed for long periods of time, other items can harm the seals.

A washing machine’s seal should always be kept free from dirt and should be cleaned regularly. But if you fail to do this then the seals will inevitably break, may even become torn, will change colour and will allow water to leak out of the washing machine. This water damage could end up ruining more than just your appliance.

10. Not Maintaining Your Washing Machine 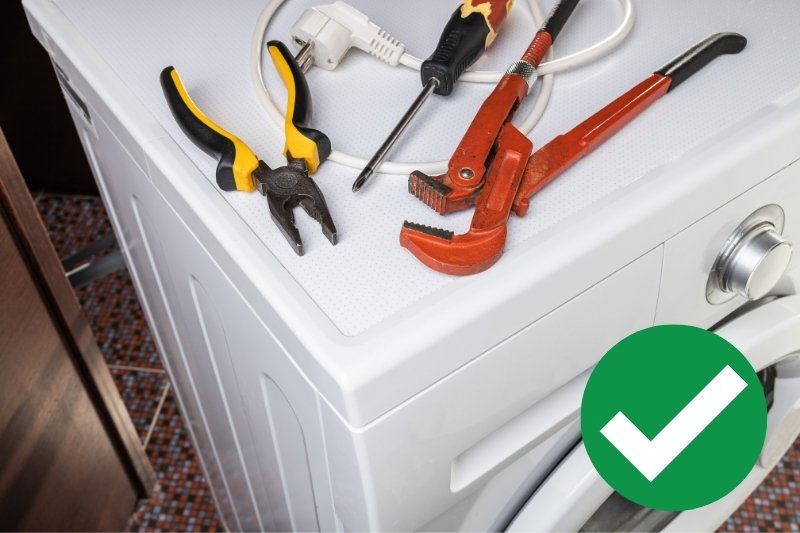 One way to ruin your washing machine is to let issues slide by and to never sort them out.

If you spot an issue with your washing machine, you should be proactive and try to sort the problem out as soon as possible. Even if it’s a small issue that you think can be left alone, it must be sorted out.

Leaving little problems to mount up, eventually leads to major issues that can sometimes be irreparable.

11. Washing Metals in the Washing Machine 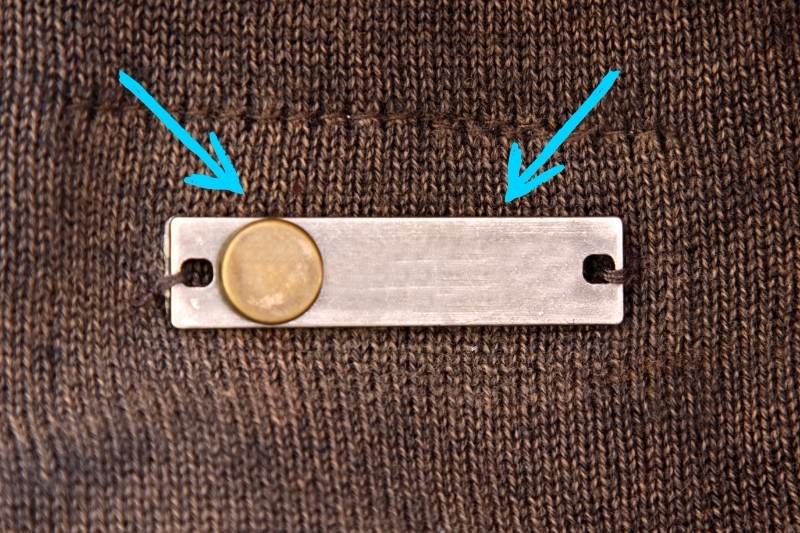 Metals, such as a top with metal tassels on the front, shouldn’t really be washed freely in a washing machine because they have a tendency to crash and bang against the drum.

The noise itself isn’t all that pleasant, but metal items can also impact how the drum turns, and may even knock the machine off balance.

Metal goods, if they really need to be washed in a machine, should be kept in a sealable bag, and the drum should be loaded with other items to help maintain balance.

12. Hair in the Washing Machine 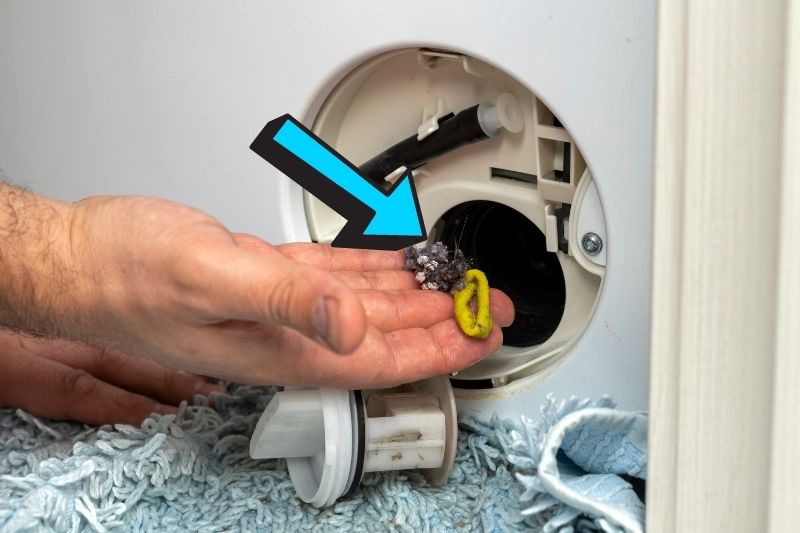 Hair is one of the main culprits when it comes to drains and the likes getting clogged up. So, it’ll come as no surprise to hear that hair can really damage a washing machine.

While you might think that a few strands of hair aren’t really going to take down a large washing machine, you’d be wrong. You see, hair has a tendency to weave and tighten itself around many objects, and in turn, these objects get suffocated by the hair and cannot function properly.

Consider this, the filter in a washing machine often gets trapped with hair and the drainage hose also gets clogged up with hair. If these two areas alone aren’t cleaned, the hair will just start matting together, forming a barrier that prevents water and filter dirt from leaving the machine correctly.

In time, these issues will impact the overall running of the washing machine, so much so that it won’t actually drain properly, clothes will be saturated in water and dirt may not be washed away.

13. Using Products that Are not Suitable for Washing Machines 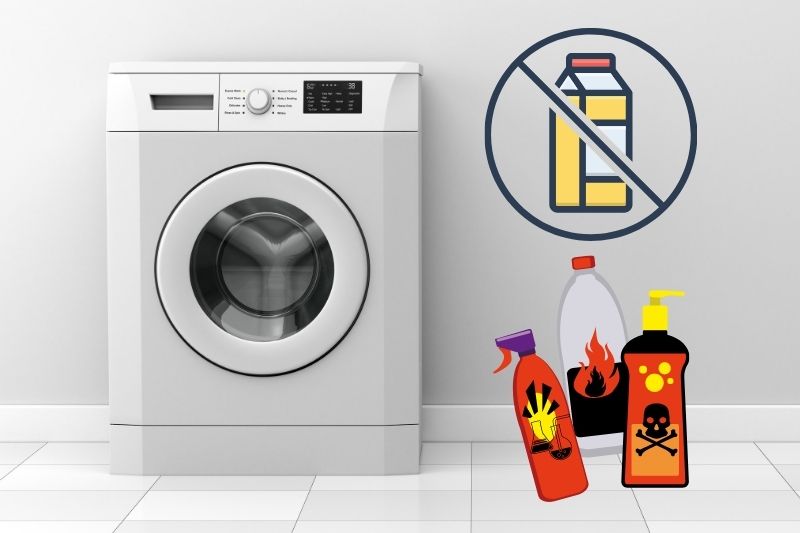 If you’ve read some cleaning hacks online, they may have told you to use products that you wouldn’t generally put into a washing machine, to clean it out.

If you have any doubts about using a product(s) that’s mentioned in a hack, just leave it alone. It is always best to stick to products that are designed to be used in your washing machine. Of course, some of these goods may be pricier to buy, but at least they’ve been tried and tested.

Plus, using the correct products in your washing machine means that your warranty should remain intact.